Cancer Voices South Australia was officially launched by the Minister for Health, the Honourable John Hill on 13th November 2007. Minister Hill spoke of the importance of consumers being involved in their health care through groups such as Cancer Voices and the impact of cancer on everyone.

The message from Ashleigh Moore, Cancer Voices Executive, at the Launch was:

“health services and associated organisations must shift their thinking to ‘really’ listen to consumers and their invaluable ‘lived experience’ – the experience that not everyone can imagine or ever know until they have walked in our shoes”. To consumers, his message was not be afraid and “raise your voice” – if you are unable to do so directly then approach a fellow member of Cancer Voices SA and we will carry the baton and raise our voice on your behalf.” 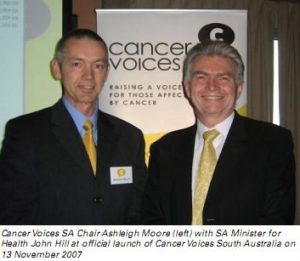 In 2012, Ashleigh was awarded an Order of Australia Medal (OAM) for services to the community through Cancer Voices South Australia. 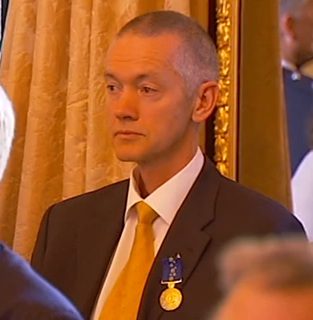 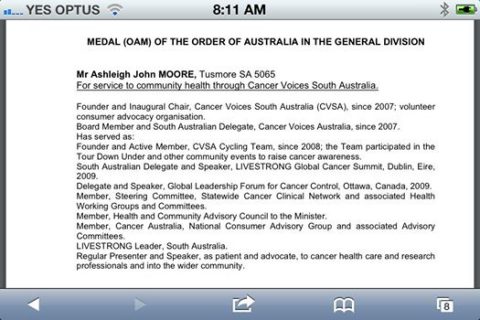